During long … formative periods such as childhood and early adulthood, localised natures are part of the materials used to produce a sense of home, belonging, attachment and familiarity – Adrian Franklin

Threshold   2003
I experienced violent racism at school.
A feeling of belonging to no country haunted me into my late 20s.
My work developed a visual philosophy from the creative syntheses of painting and photography, particularly in relation to the ‘migrant’ landscape.
​It has moved through symbol and metaphor, and from isolation to connection.
- Bette Mifsud 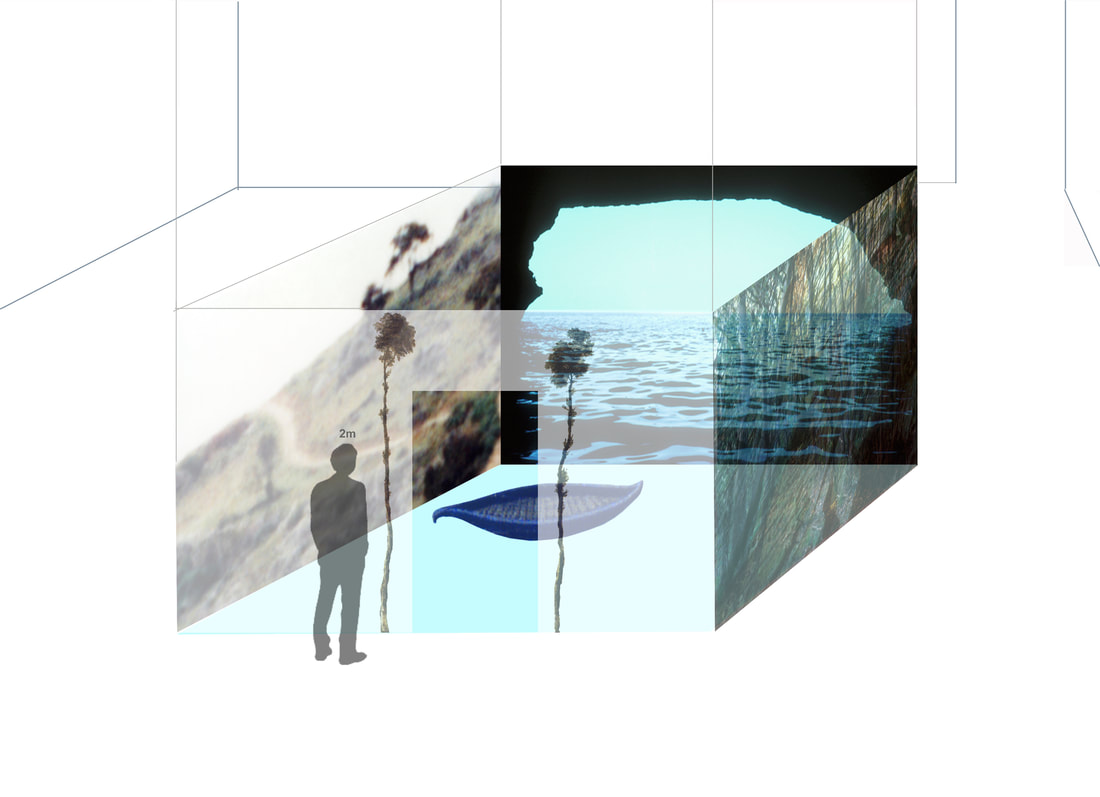 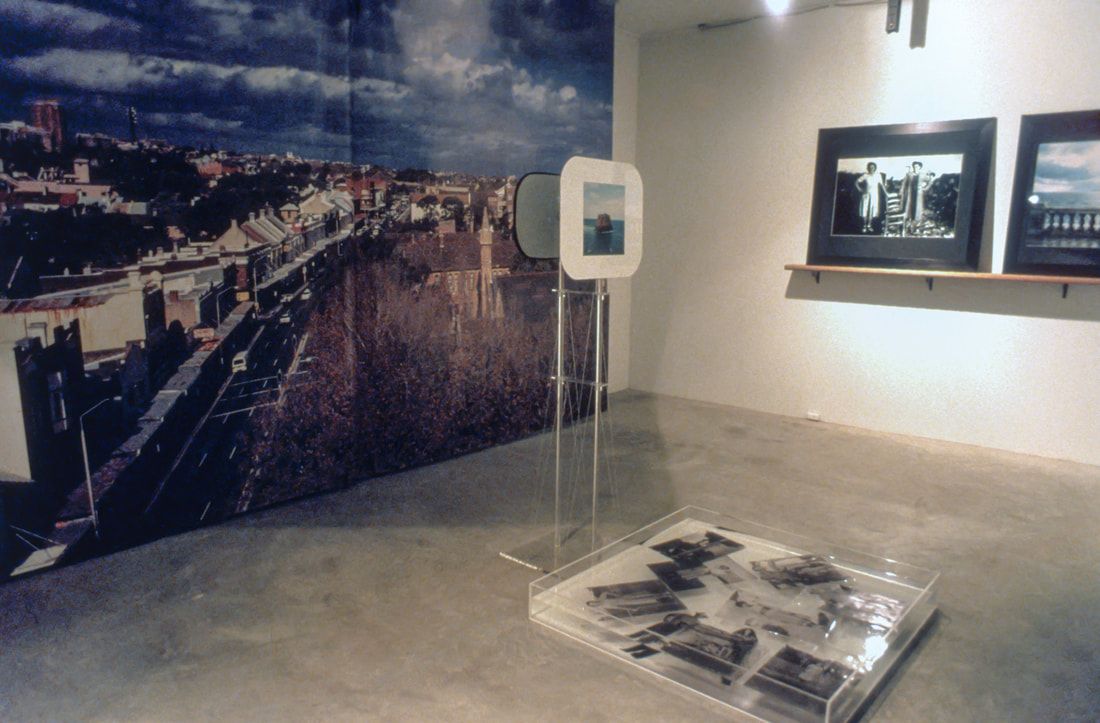 Mode 2:  Sound and projected image fade to off over 10 seconds, while gallery lights slowly come on using 20 second dimmer.  Static pictures and other objects now fully visible as in a conventional exhibition.
​All equipment was synchronised using Dataton multimedia software operating the whole installation from a Mac LC computer.
Landmarks Watermarks is dedicated to my parents, Veneranda and Giovanni Mifsud
Installation Components
Bette Mifsud and The Matter of Photography, 1993, by Dr S. Best
Vault Suite  1991
1. Vault Suite (1991), site specific installation for Australian Perspecta 1991, at the Art Gallery of New South Wales, Sydney. Its four components are:

5. Untitled, consists of two black and white photographic transparencies showing a positive (102 x 58 cm), and a negative (155 x 86 cm) respectively, of the hand-carved back of di Cione's panel.

The ubiquity of photography and its indeterminate identity, versus its determinate identity in relation to painting, is one of the themes addressed by Bette Mifsud’s work about photography. Three of her installations: “Hallucinations and Other Facts”, “Mute” and her most recent work for the 1991 Perspecta, [“Vault Suite”], directly address this particular problematic. Her work combines these polarized positions by acknowledging photography has an identity in relation to painting….

Mute was shown as a solo exhibition at the Art Gallery of New South Wales, Sydney in from November 1991 through to January 1992.

Mute is comprised of four suspended large-format archival photographic transparency films, each measuring 230 x 110 cm.
1. An artificially coloured micrograph of the AIDS virus attacking human blood cells.
2. My hand-made colour photogram image (made without the use of a negative).
3. An artificially coloured Landsat image.
4. A black and white transparency measuring 110cm x 260cm of a 16th C woodblock print of a 'boar whale' - a hybrid animal resulting from the crossing of two other unrelated animals conjured up in the mind of the naturalist Konrad Gesner and taken from a book of "fanciful beasts".
5. A black and white photographic transparency reproduction of View of the Chateau of Versailles, painted by Pierre Patel the Elder in 1668, mounted on a mirror in a wooden frame, and measuring 96 x 69cm.
​
Mute is unique, and was produced by Fuji Film I&I, in Tokyo, Japan. $AUD15,000.
Mute, artist's statement
Mute, Review by Dr Catherine Lumby
Hallucinations and Other Facts  1988
Hallucinations and Other Facts, Artist Statement
Hallucinations...Review by Adrian Weston
untitled  1987
Untitled, Artist Statement
Pictures   ​1985
Pictures, Artist Statement
Pictures, review by John McDonald